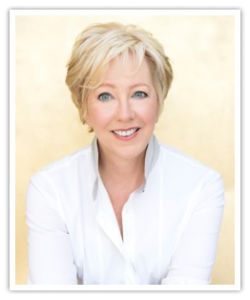 Harriet's judicial career began in 1992, when she was elected to the 152nd District Court in Houston. In 1995, Harriet was appointed to the Fourteenth District Court of Appeals, and she won election to that seat in 1996. Justice O'Neill left the court of appeals with a 91 percent approval rating (1998 Houston Bar Poll), the highest rating on her nine-member court.

In the 10 years before she assumed the bench, Harriet practiced law in Houston, concentrating primarily in business, personal-injury and commercial litigation. She practiced with the firms of Porter & Clements and Morris & Campbell, then opened her own law office where she continued her litigation practice and mediated complex legal disputes. Harriet's broad legal experience includes a variety of civil cases adjudicated, including contract and business disputes, regulatory matters, constitutional issues, statutory interpretation and government powers.

In 2002, and again in 2006, the Texas Association of Civil Trial and Appellate Specialists named Justice O'Neill the Appellate Justice of the Year. Harriet is a frequent author and speaker. She also writes and lectures frequently for continuing legal education programs. She is a member of the American Law Institute, the Robert W. Calvert Inns of Court, and a Fellow of the Houston and Texas Bar Foundations.

Harriet O'Neill graduated in 1982 from the University of South Carolina School of Law, where she was a member of the academic honors society and served as the law school representative to the American Bar Association. She returned in the spring of 2002 as the law school's Jurist in Residence, and subsequently received the University of South Carolina Distinguished Alumnae Award. Harriet earned her undergraduate degree, with honors, from Converse College, and studied at University College in Oxford, England. In 2001, Converse awarded Justice O'Neill an honorary doctorate degree.